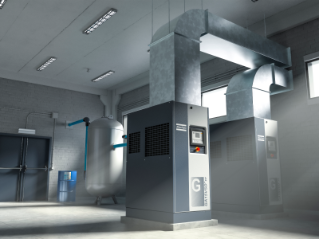 This was due to a failure of their existing, standby 11kw 60 cfm, 7 bar, fixed speed compressor, which their service provider and manufacturer of the machine had advised was obsolete & beyond economical repair. The failed machine had only operated when the site required its shot blast facility to run.

Due to this confusion, the end user decided to approach another company for a 3rd opinion – hence ACL Engineering were approached.

Our view, following discussions with the customer, was to obtain further information on how the duty machine was operating in relation to any known demand.

The shot blaster unit was advised (but not confirmed) as requiring in the region of around 150 cfm @ 7 bar g. The factory air demand was assumed as being anything for 20-30 cfm up to the duty machines maximum output. 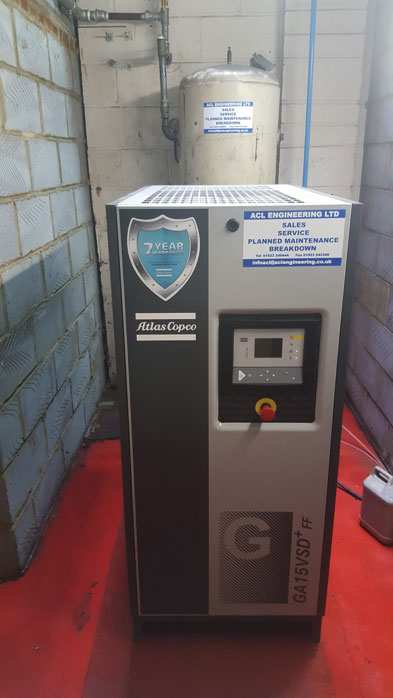 Thus, ACL decided to fit an Atlas Copco ii Trak data logger onto the existing duty machine to establish how much air was being used.

With this information gained from the data logging and with further discussions with the end user, it was agreed that the most sensible option & to give system flexibility whilst maintaining any current or future production requirements – a 2nd 15kw VSD compressor would be the best solution.

When ACL ran the simulation programme for the relevant Atlas Copco machine to suit, a GA15 VSD+ compressor – output 15 – 88.6 cfm it was also found, that due to the superior energy efficiency & invertor technology of this latest range of Variable Speed Drive machines from Atlas Copco that extra savings could also be made.

A further benefit of the new machine offered, was its small footprint against the existing 15kw VSD and that it was still even smaller than the machine it replaced (11kw) whilst also including an integral air dryer.

In March 2017, ACL were given an order to supply and install a new GA15 VSD+ FF to replace the failed unit & to become the new duty machine.

Following its installation & commissioning – The customer has also taken out with ACL, a “Guardian” 7 Year Fixed Price Service Plan including Warranty Cover on the new machine, to give further peace of mind & to fix their ongoing maintenance costs.

Guardian is a 7 year service plan for the maintenance of your new compressed air installation from Atlas Copco UK, which validates your compressor's free 7 year warranty.
Projects: AIR COMPRESSORS 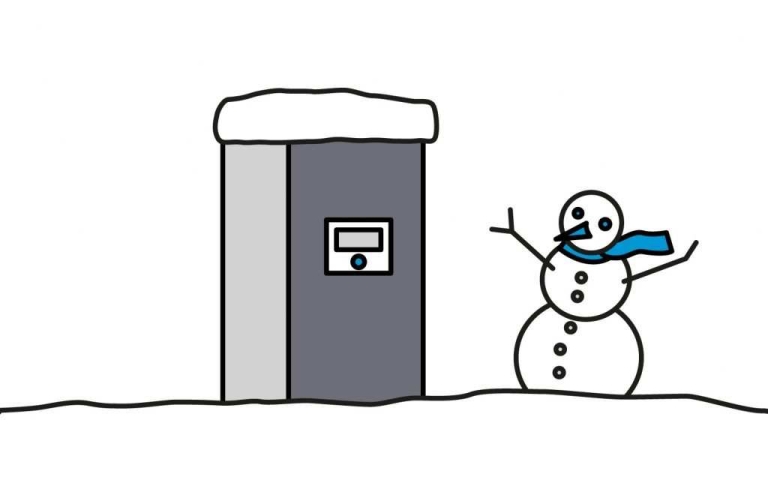 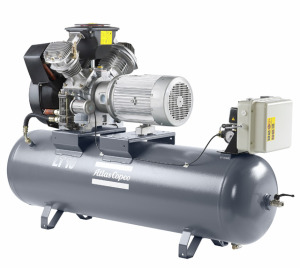 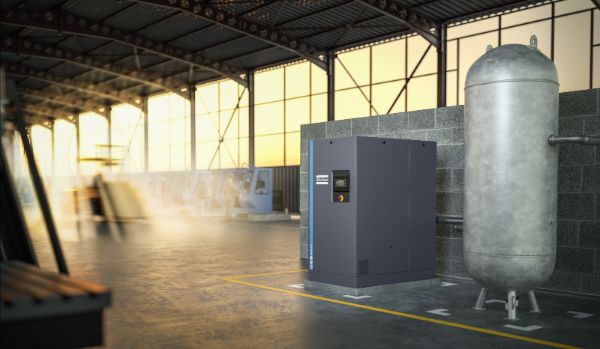 FIND OUT MORE
We use cookies on our website to give you the most relevant experience by remembering your preferences and repeat visits. By clicking “Accept All”, you consent to the use of ALL the cookies. However, you may visit "Cookie Settings" to provide a controlled consent.
Cookie SettingsAccept All
Manage consent

This website uses cookies to improve your experience while you navigate through the website. Out of these, the cookies that are categorized as necessary are stored on your browser as they are essential for the working of basic functionalities of the website. We also use third-party cookies that help us analyze and understand how you use this website. These cookies will be stored in your browser only with your consent. You also have the option to opt-out of these cookies. But opting out of some of these cookies may affect your browsing experience.
Necessary Always Enabled
Necessary cookies are absolutely essential for the website to function properly. These cookies ensure basic functionalities and security features of the website, anonymously.
Functional
Functional cookies help to perform certain functionalities like sharing the content of the website on social media platforms, collect feedbacks, and other third-party features.
Performance
Performance cookies are used to understand and analyze the key performance indexes of the website which helps in delivering a better user experience for the visitors.
Analytics
Analytical cookies are used to understand how visitors interact with the website. These cookies help provide information on metrics the number of visitors, bounce rate, traffic source, etc.
Advertisement
Advertisement cookies are used to provide visitors with relevant ads and marketing campaigns. These cookies track visitors across websites and collect information to provide customized ads.
Others
Other uncategorized cookies are those that are being analyzed and have not been classified into a category as yet.
SAVE & ACCEPT